Welcome to the Asiancy Angel team!

If you’re reading this, you’re probably interested in becoming a donor. Which in our book, makes you officially an amazing person.Thank you! Becoming an Asiancy Angel is a really big deal, and helps to make dreams come true. After all, you’re helping a couple become a family… is there any greater gift in the world?
You can be sure, when you become part of our Angel team, you’ll be well looked after. We’ll only match you with parents that you feel comfortable with, and we recognize that throughout this process, you have needs too! In short, we’re here to support you, from start to finish. Even an Angel needs some help from time to time, and that’s what we’re here for.

Every woman who donates through the Egg Asiancy becomes an official Asiancy Angel. But why do we call our egg donors angels? Here’s why. Essentially, an angel is a guide, someone who watches out for another person, someone who is selfless and here to brighten up another person’s day.
That’s what you provide as an egg donor. You’re not just making a difference to their day, you’re offering them a chance to change their lives and be happier people. You’re acting selflessly, giving something of yourself to help those who can’t naturally conceive by themselves. You’re quite literally their wing-man, watching out for them. It’s a great thing that you’re doing, and we feel honored to have you on our team.
As part of the Asiancy Angels posse, you’ll not only have the satisfaction of knowing you made a real difference. You’ll also be part of our awesome network, which is made up of other phenomenal Angels, just like you. You’ll also be invited to regular meet-ups and gatherings, and you’ll receive some special gifts from us. We can’t help it, we just want to show our appreciation and awe of you – you’re amazing! 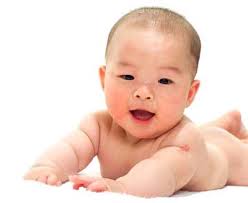 In order to become an egg donor with the Egg Asiancy, you must be an Asian female or part Asian(Chinese, Japanese, Korean, Thai, Vietnamese, Indian, Taiwanese, Malaysian, Singaporean, Filipino)   that is:

You’ll also need to give yourself daily injections throughout the process. However, just to reassure you, we’re not talking gigantic needles here – they’re very small, much like those used to inject insulin.
It doesn’t matter where from Asia you originate from – we welcome donors from all ethnic backgrounds.

The Benefits of Being an Egg Donor

You’re doing something unbelievably great for someone else by being an egg donor. However, there are some benefits for you too. When you donate through The Egg Asiancy, you’ll get the following: